The culture of Thai people in Mai Chau - The Thai language belongs to the Tay-Thai Group. They have a valuable legacy of myths, legends, ancient tales, versed stories, and folk songs.

Early in their history, the Thai adopted wet rice cultivation, using suitable irrational networks. The work can be summarized in the Thai saying “muong-phat-lai-lin” (which means digging of canals, consolidating of banks, guiding water through obstacles, and fixing water gutters) in the fields. 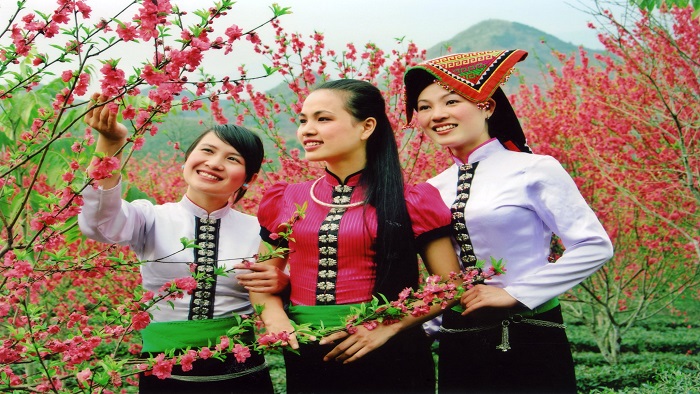 While the Thai once grew only one sticky rice crop a year, nowadays they have converted to two crops of ordinary rice. They also cultivate wideness fields, where they grow rice, corn, and subsidiary crops, especially cotton, indigo and mulberry for cloth weaving.

- Down marriage (dong long): the bringing of the couple and their family.

Women give birth in the seated position. The placenta is put into a bamboo cylinder and hung on a branch in the forest. The mother is warmed by the fire, fed rice using a bamboo tube, and must abstain from certain foods for a month. The bamboo tubes are hung on a tree branch. There are rituals to educate the child in gender-specific work and a Lung Tay is invited to the house to name the baby.

Basically, there are two steps in a funeral:
- Pong: the bringing of offerings o the deceased and bringing the deceased to the forest for burial (White Thai)
- Xong: Calling the spirit to come back and live in the section of the house reserved for the worshiping of ancestors.
New House: Showing the host his new house, the Lung Ta kindles a new fire. In celebrating a new house, people carry out spiritual rites on the spot, reading spiritual texts to drive away bad lucks and to bring good lucks, and to worship ancestors.

The Black Thai worship their ancestors on the 7th and 8th month of the Lunar Year. The White Thai also celebrate the New Year according to the lunar calendar. Villagers also worship the gods of the land, mountain, water and the soul of the central post of the village. 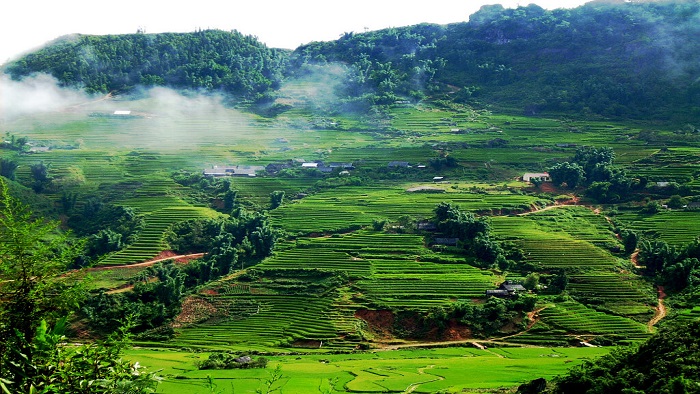 The culture of Thai people in Mai Chau

The Thai calendar follows the ancient horoscope or cosmology (which contains 12 key animals) like the lunar calendar. But the Black Thai’s calendar has a time difference of six months.

The Thai have their own Sanskrit-style writing system. Their language is taught orally. The Thai have many ancient written works on their history, traditions, customary laws, and literature.

The Thai perform their Xoe dance and play many kinds of flutes. They sing out verses and vivid alternate songs.