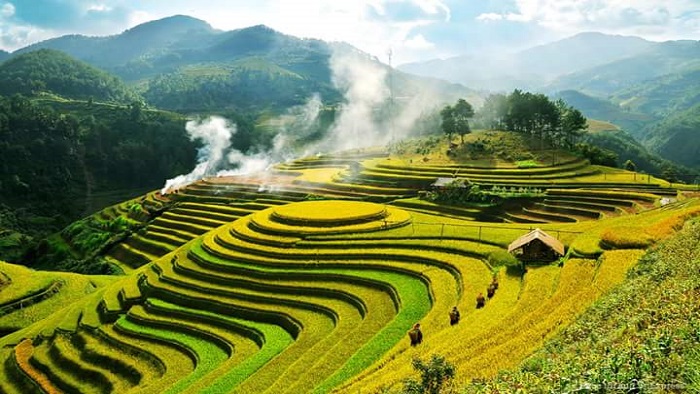 The two mountain ridges in the proposed nature reserve have starkly contrasting landforms, based on their different substrates. The smaller, south-western ridge is made up of mostly igneous and metamorphic rocks, and consists of rounded forested hills and wide, shallow valleys. The larger, north-eastern ridge is composed of heavily dissected limestone karst, and is a continuation of the limestone range that runs from Cuc Phuong National Park to Son La province. Elevations in the proposed nature reserve range from 60 to 1,667 m.

The hydrology of the limestone ridge is complex, and there is little or no permanent surface water. On the south-western ridge, surface water is more common and streams are much less seasonal. However, the main drainage features of the proposed nature reserve are located in the central valley. This valley is not continuous but has a saddle at its mid-point, which forms the watershed between two small rivers. One of these rivers flows north-west along the valley, and joins the Ma river, which runs to the west and south of the proposed nature reserve. The other river flows south-east along the valley, and joins the Ma river further downstream. Let's join Pu Luong retreat to view all beautiful landscapes. 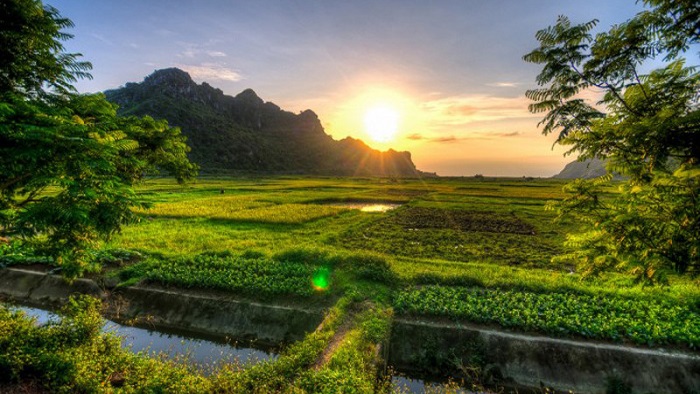 The results of recent botanical work at Pu Luong indicate that the nature reserve supports a diverse flora, with at least 1,109 vascular plant species documented at the site. From a conservation perspective, three primary forest subtypes found at the site may be considered particularly significant. The first, primary lowland forest on limestone and schist/shale, occurs near the eastern border of the site, in the Co Lung area. Primary forest in the area extends from 60 to 1,000 m, and, at the lowest elevations, supports very high plant species diversity.

The second significant primary forest subtype, primary coniferous submontane forest on limestone, is restricted to a few peaks within the uplands of the Co Luong area and supports outstanding plant diversity, particularly with respect to lithophytes and epiphytes. The globally threatened conifer Pinus kwangtungensis forms a conspicuous element of the flora within this forest subtype.

The third significant primary forest subtype is primary submontane forest on basalt, which occurs on the upper slopes of the south-western mountain ridge within the proposed nature reserve. The primary forest on these upper slopes is characterised by very high plant species diversity, including several nationally threatened conifers. 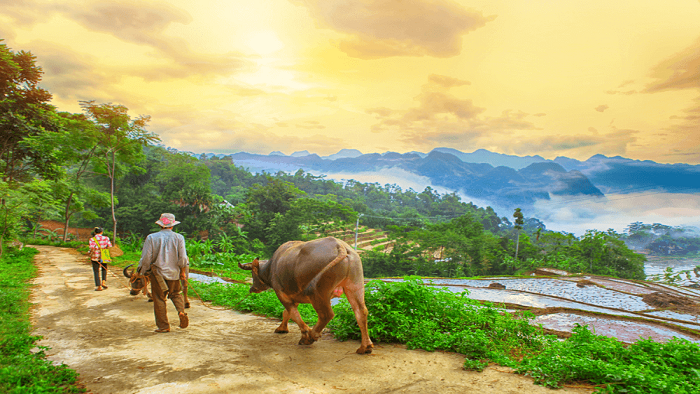 With regard to the vertebrate fauna of Pu Luong, a total of 84 mammal species (including 24 bat species), 162 bird species, 55 fish species, 28 reptile species and 13 amphibian species have been recorded at the nature reserve to date. Pu Luong nature reserve is an important site for the conservation of the globally critically endangered, endemic primate, Delacour’s Leaf Monkey. The population at Pu Luong has been estimated to number 40 to 45 individuals, making it one of the largest known populations in Vietnam.

Knowledge of the invertebrate fauna of the proposed nature reserve remains rudimentary. However, recent surveys conducted at the site indicate that its insect fauna includes at least 158 species of butterfly and 96 species of land snail, including 12 snail species possibly endemic to the site. Most promising perhaps, the botanical uniqueness and natural isolation of certain forest formations at the site suggests that the proposed nature reserve has strong potential to support high levels of invertebrate endemism and, quite possibly, new taxa to science.

It is likely that Pu Luong has strong faunal and floral affinities with Cuc Phuong National Park, which is situated to 25 km to the south-east, along the same limestone range. However, the higher elevations at Pu Luong and the presence of more extensive areas of evergreen forest means that Pu Luong can be expected to support a number of species that do not occur at Cuc Phuong. Indeed, the results of recent survey work conducted at Pu Luong nature reserve indicate that this is in fact the case.

Forest in the proposed nature reserve has a role in protecting the watershed of the Ma river, the largest river in Thanh Hoa province. Just as importantly, the forest has an important role in protecting the water resources of local communities. Already, water is scarce during the dry season, because of the limestone geology of much of the area. Therefore, forest loss would be expected to increase periods of drought, leading to reduced agricultural productivity.

Pu Luong is a wonderful retreat in northern Vietnam that you should visit in this summer. If you need further information about tour Mai Chau Hoa Binh 2 days, please contact us. Thank you!